The M&M Method of Marketing – Which generation are you targeting?

It’s nothing new… you’ve done it for years. Hmm? You know, separate them into colours, so you can enjoy their similarities. Of course we’re talking M&M’s, those best-selling crunchy coated chocolates that disappear quicker than your waistline expands. But what do they have to do with branding?

The first of this 6-part series on Generational Marketing, explains how just like M&M’s, each generation owns its distinct differences and shouldn’t be marketed to (or eaten) together.

You’ve heard it time and again: target your marketing to connect with your ‘right’ people. But how exactly do you do that, when there’s so many confusing names and niches?

One way is what I like to call, the M&M Method – by segmenting people (AKA M&M’s) into age cohorts (or colours) for a more specific appeal. In doing that you’ll be practicing what’s termed, generational marketing.

Generational marketing is what it sounds like: you market to a specific generation of people (those born and living about the same time), based on the unique preferences, attitudes and upbringings that distinguish them from another generation. It also means switching from creating mass products and messages, to tailoring and customising them for specific age groups.

It’s based on two founding principles:

(1) your product needs change with life stages, and

However, age is not the only factor influencing behaviour and choice. There can be differences within a generation that are larger than those between them, and the birth-year boundaries are not sharply fixed – especially for those born near the age breaks.

Also, each generation is typically composed of a variety of segments or sub-groups, for example in Gen Y/Millennials there are the Hipsters, Goth and Cyber-geek niches, and the Baby Boom generation has the Hippies and Yuppies.

As with each generation, sub-groups also have their own distinct features and opportunities that you can mine for rewards.

There are currently six generations across the world population. Each one has a different mind-set, priorities and preferences and is motivated by different messages and language.

To place them in context, I’ve given you a quick overview of what makes each generation unique. Further articles will focus on the three generations primarily shopping in beauty salons – Baby Boomers, Generation X and Millennials – because each not only has differing beauty product needs, but shopping and marketing preferences. Understanding how to reach each generation and anticipate their interests and shopping needs, can build greater brand loyalty, engagement and sales success. 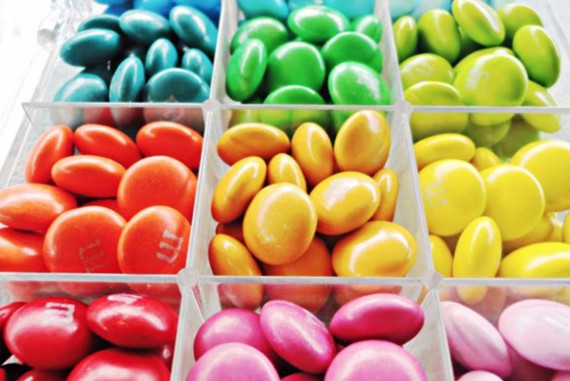 Similar to sorting M&M’s, each generation owns its distinct differences and shouldn’t be marketed to (or eaten) together.

Generation Z – born after 2001 – values fitting in with their peers.

What’s this all mean?

While not prescriptive, generational marketing acknowledges the importance of appealing to the unique characteristics, sub-sets and mindsets of each generation.

And regardless of what they say about M&M’s, you savour a different flavour with every colour!