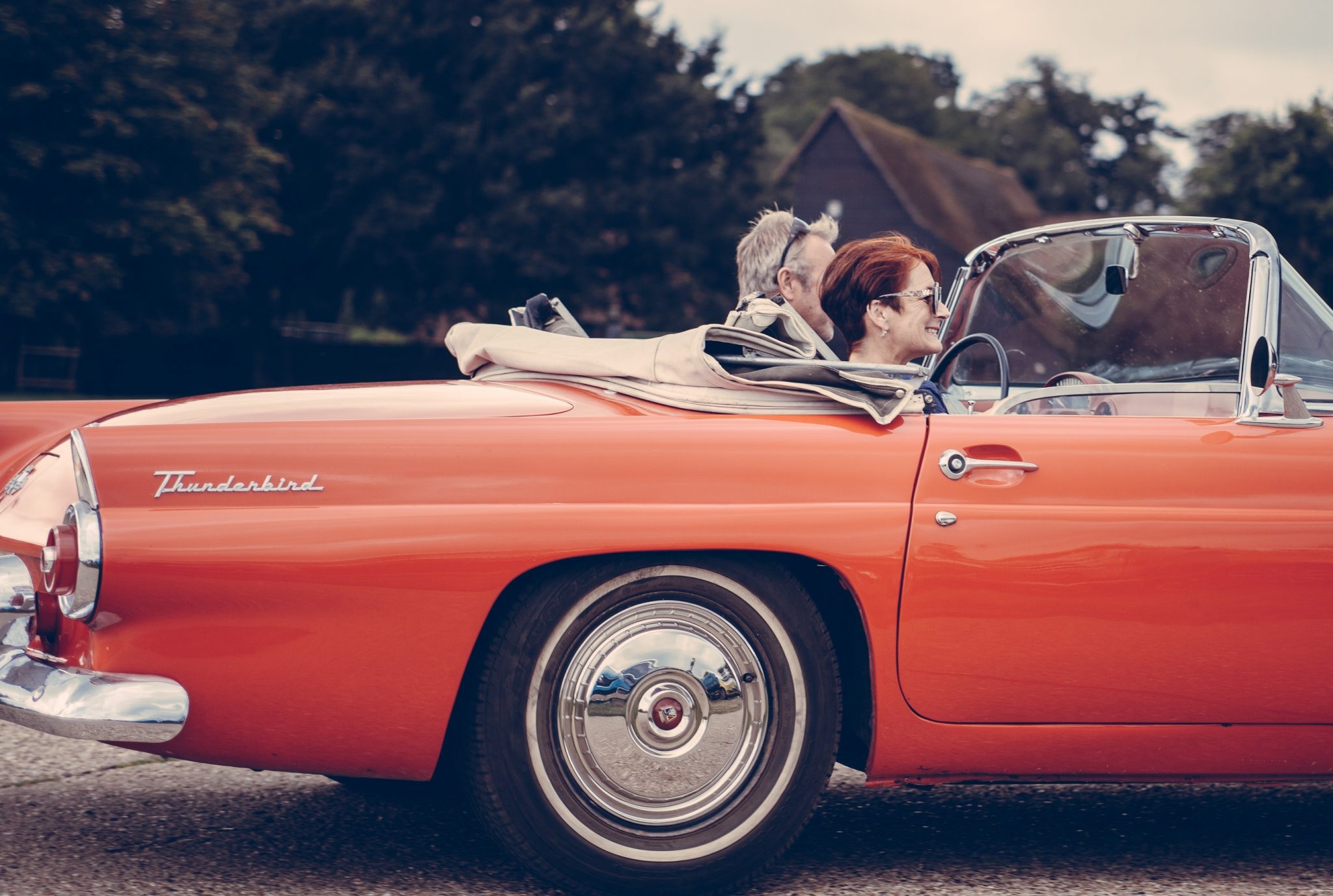 “Does she… or doesn’t she?” In the mid-50s, this legendary Clairol campaign was a breakthrough for the salon industry. It removed the stigma of colouring your hair, bankrolled the era of big business in salon services and catapulted women into the box seat of personal spending. Six decades on, the women of that generation are undoubtedly still your most valuable customers.

The second article of this Generational Marketing series explains how the Baby Boomer generation epitomised the word ‘consumption’ and are still driving spending.

Let’s start at the very beginning.

Everything we know about mass marketing, advertising and big brands was born in the late 50s and early 60s – the post-war era of relative prosperity and burgeoning consumerism. Suburbia was expanding, manufacturing was in full swing and it was the birth ‘boom’ of the first real consumer market of young people – born 1946-1964 – the Baby Boomers.

This generation was the first to experience a new life stage – as teenagers – that changed the shape of society, spending habits and the culture of ageing. Their post-war parents wanted more for their children and in return the Baby Boomers claimed new freedoms and spread an optimism about the future.

The advertising industry, marketers and big brands started an obsessive love affair with Boomers – one that lasted for decades– through their marriages, children, home changes and vacations. That is, until the early Boomers started turning 49. Then they were left for dead.

What changed and why?

Typically, once a group of consumers reaches the so-called ‘cut-off’ age of 49, marketers and advertisers go back to the beginning and focus on a new crop of 18-49s – the next generation – who offer lucrative, long-term spending potential, as a new group of life-time loyalists to build and mine for purchases.

However, in their blinding rush to embrace the youthful X and Y generations, many marketers have failed to see that Baby Boomers continue to wield significant spending power, well past their ‘use-by’ date. They’re still exploring, engaging and enjoying new activities as their life style changes and in doing that, they’re continuing to spend. Big time.

So, what is their exact potential as a market for your salon and products? Let’s find out the details…

Globally, Baby Boomers are renowned for having the most, spending the most and being more marketing-friendly than any other consumer group. But because they are so marketing savvy, their business is as winnable as it is losable, so tread carefully.

First, let’s look at what they offer you… 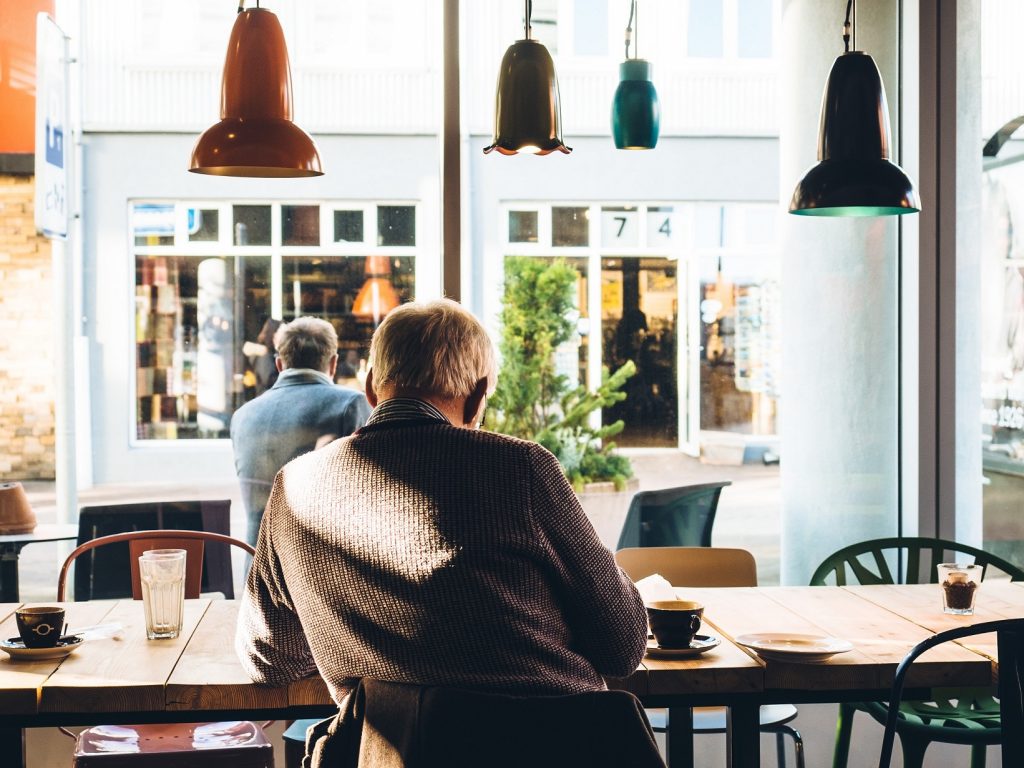 The sheer size of the Boomer market is boggling – there are 5.5 million baby boomers. By 2030, all the boomers will have crossed the 65-year-old threshold and over the next 20 years, the number of Australians who are 70 plus will grow at a rate 3.3 times faster than the total population.

To put their buying power into context:

Branding takeaway: Is this market a lucrative niche for your salon?

Many believe older people spend less of what they have. While this may have been true of the generations that preceded them, it definitely isn’t true for Boomers.

Baby Boomers insist on looking and feeling great and think nothing of spending money to achieve that – be it ­a regular facial, manicure, pedicure, massage or something grander.

They are one of Australia’s most lucrative consumer groups, but as a market they are also wiser than any other. They have a long history of defying authority, and therefore they don’t trust advertising and have lost faith in experts.

Instead, they respect the opinions of like-minded people, other Boomer icons and realistic customer testimonials. In a 2012 BOOMbox Baby Boomer Beauty Survey, the cosmetic model most cited by boomer women as being realistic was Diane Keaton, aged 66 (for L’Oreal). Although a celebrity, to them she appears authentic and a true depiction of how they see themselves.

Establish trust with the right language

In the US, the 50+ Boomer segment dominates the consumption of 119 out of 123 consumer packaged goods categories. As was the case during the last six decades, Boomers are still on a buying spree.

The key thing to remember is that they don’t think of themselves as old, broken or unable to try new things, so when you’re marketing to them, don’t think of them that way. They are also particularly sensitive to being stereotyped as retired and technophobic – again, both of which (generally) are untrue.

However, sadly many Boomer women feel invisible in the marketplace – a likely reflection of their ‘fall from grace’ as advertisers’ darlings. When they aren’t being ignored, they feel insulted … often by the very people and companies who are meant to be making them feel more beautiful.

Branding takeaway: How should you talk to Boomer women?

The secret to marketing to the Boomers is to keep it simple without being condescending. Don’t tell them they’re old, because they don’t think they’re old: “Not only am I not old, but 50 is the new 30.”

Calling them seniors, elderly citizens or golden oldies isn’t going to win you any business. They want to be informed, but not dictated to and as much as they abhor being called old, they want to know that what you’re offering is suitable for people their age.

Be very aware of sounding preachy or condescending. Although they want to be inspired about how good they look, remember to be straight talking – tell them exactly what it is you’re selling and what you want them to do.

Steer clear from images filled with clichés. Boomers don’t appreciate the way most companies are depicting them – as retirees – because they see themselves as younger than they really are.

Enhance their lifestyle as independent individuals

To stereotype all Boomers as the same, is a mistake. As an audience, the generation is filled with conflicting attitudes and behaviours, so it’s essential to segment them by attitudes, financial and physical freedom, as well as independence – instead of just age.

Epitomising the cultural changes of the 60s, these boomers are characterised by their individualism, social cause orientation, experimentation and free spirit.

A term coined by Jonathan Pontell and derived from the phrase “Keeping up with the Jones,” this group is characterised by its competitiveness, yearning and cravings. After the Vietnam War and Watergate in their youth, this segment is less optimistic, cynical and has a collective distrust for government.

Historically, boomers have been the most marketing-friendly consumers in the history of business. Notwithstanding their love of brands, their sheer size alone has transformed virtually every product category that they’ve embraced.

Branding takeaway: Do they crave products or experiences?

Both. They’re a demanding market. You’ll maximise your success if you make your product an unforgettable experience and your service exceeds their expectations. How? By simply identifying what it is they value most.

Primarily, Boomers care about their looks, health and fitness, because they see them as ways of staving off age. Truth be told, they’re age-obsessed.

To achieve their goal, Boomer women are buying different products, because they’re looking for them to answer dramatically different needs than they had at age 30 or 40. An opportunity lays in helping them navigate the 50+ stage of their life, and brand loyalty among these women is almost completely up for grabs.

In the same BOOMbox Boomer Beauty survey, women over 50 noted that for them, natural beauty was super important. When asked “What makes a Boomer woman feel beautiful?” a classic response was, “To me, ‘true beauty’ includes glowing skin – even if it’s wrinkled!” and “I feel beautiful after spending time being ‘put together.’”

This group is redefining aging. These are not their final years, they are simply the next act in a long running show. Baby Boomers have a desire for an enhanced lifestyle, memories, experiences and connectivity. If you make your service unforgettable, surpass their expectations and respect them, then you’ll win their hearts.

One of the most defining features of the Baby Boomer generation is their love of youth and reinventing themselves. As they’ve grown up, anything having to do with aging was pushed into the background. But the clock has continued to tick.

So listen up, salon owners: Boomers may be older, but they’re not old. And they’re definitely ready to spend the time and money on their beauty makeover.