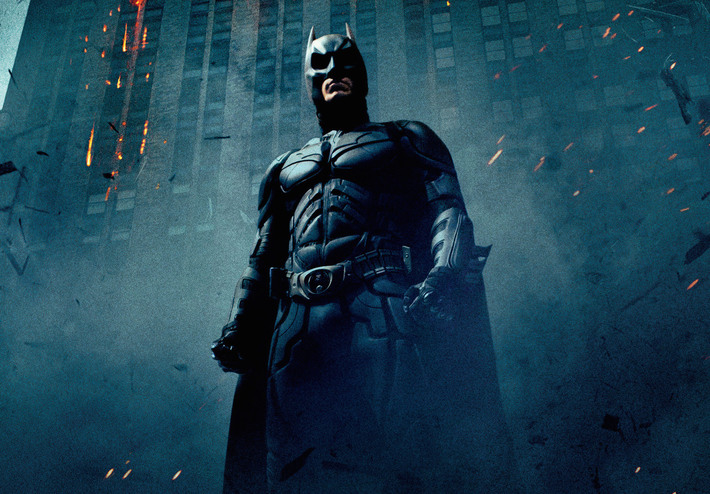 He’s seventy-eight. And one of the most iconic characters ever created. But it wasn’t by accident. Since his debut in 1939, Batman’s mythos has evolved and transcended his comic book birthplace. He now features across every media platform – print, digital, TV, movies, gaming – and you’d be hard pressed to find anyone, of any generation, who doesn’t know him.

This final article explains how the Batman brand has evolved and become a legend of brand storytelling.

What makes a brand great? Many things.

But for Brand Batman, it lies in two central things: his mythos and his humanity. His power isn’t drawn from chemicals, radiation or intergalactic magic – he’s human. It lies in his extraordinary motivation (his origin story), willpower (knowing what’s at risk) and focus (his purpose). Combined, those have become his mythos. And your NFP brand, needs one too.

Everything you do to your brand, over time, brings it to life – in a thousand little ways. It must manifest what you stand for and the promise you’re making, to those you serve. In doing that, you’ll be on your way to building your own brand mythos.

Mythos is an underlying ‘mythology’ that tightly connects divergent story pieces. Because the pieces are frequently expressed in symbolic ways, they may appear (on the surface) to be different. But underneath, their bedrock – things like purpose, promise, values ­– are consistent. From a rationale viewpoint, mythos isn’t logical. It’s subjective, individual and is based on feelings, experiences and attitudes. Mythos, imparts a ‘deeper’ motivation and is very persuasive and immeasurably connecting.

For a brand, a mythos gives it meaning. It meshes reasons-for-believing into your brand model and foundations, and enriches every memory moment you give away to those who care.

Simplistically, with a brand mythos you’ll be wearing your heart on your sleeve. Every day. No matter which Bat-suit you’re wearing…

Where can you get yourself a mythos?

Typically, a brand mythos is conveyed through a multitude of subtle means – imaging, messaging and storytelling techniques – and flows through your USP, brand tone, voice and personality, both inside and outside your business. It gives your brand an internal core context – that remains with it, over time – no matter what changes, around it.

Where does Batman come in? The best way to explain mythos is to show it, and Batman is an example extraordinaire.

Over almost eighty years, Batman’s character has been reinvented to meld with changing cultural, political and personal ideologies. He has transcended his humble comic book beginnings to be omnipresent, across every channel and every age group. How? Through the power of the Batman mythos. 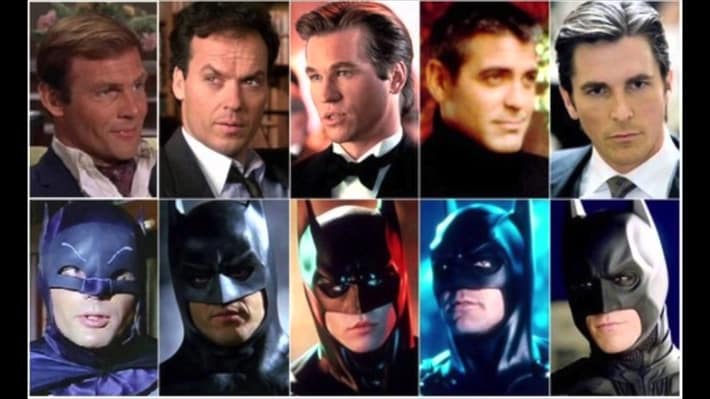 The onscreen personas of Batman, since 1966
Image: Warner Bros

The core of Batman’s mythos is just one thing. Regardless of the writer, actor or director, Bruce Wayne fights crime to avenge the sudden, senseless murder of his parents. His internal context has remained unchanged, throughout. And that’s exactly why every generation has loved and championed, every iteration.

That is the power of having a brand mythos.

As Aristotle once said, “You don’t influence people through intellect, you do it through emotion.”  A great brand mythos is emotion.  It ensures passion, memorability and it’s also how you genuinely build empathy, understanding and motivate those your serve, into action.

Begin by first defining and understanding the canonical iron truths of your brand (mission, vision, purpose, promise), and origin story. Then, take those fundamentals and give them a physical context (imaging and voice) and role (USP) in both people’s lives and your business.

In the case of Batman, the central, fixed event in his chronology is his origin story. Over the years it’s been depicted in many different ways, but the situation has never altered. It’s that consistency and continuity that has helped bind the Batman mythos to strong emotions within his fan base and transcend generational changes.

“It’s not the moments of tragedy that define our lives, so much as the choices we make to deal with them.” 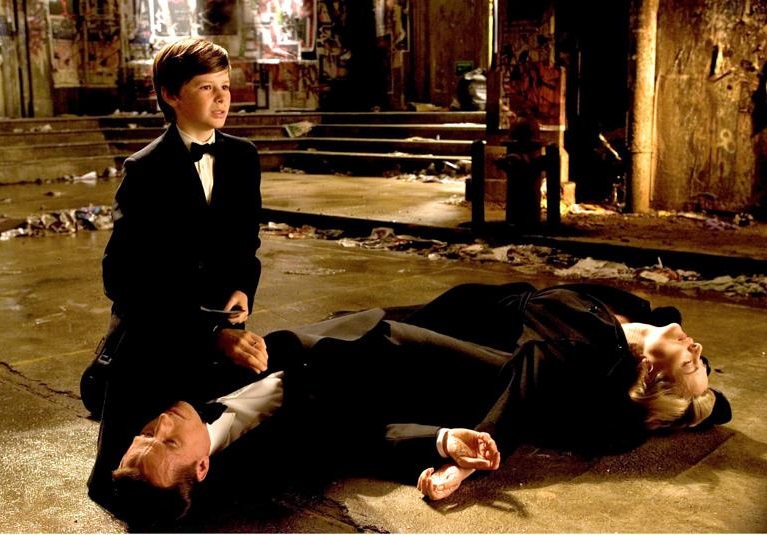 The death of his parents, inspired the quest of a young Bruce Wayne (Batman Begins, 2005)
Image: Warner Bros/REX

Similarly, rooted in the origin of most NFPs, is their own source story. That narrative, in some way, bonds to every one of the people you serve, because they believe in it. By understanding the core emotions in your story and evolving it, you’ll ensure your brand mythos remains relevant, inspiring and empowers for the greater good.

Today, the concept of a ‘brand’ is complicated and nebulous. While many modern ones conjure visual markers in your mind (i.e. logos, colours, images) that tie to either physical products, concepts or services, in total, a brand stands for much more. Brands help guide our expectations, decision-making and in some situations, even help us ‘construct’ ourselves. In a weird way, sometimes brands guide us. And because of that, they are a lot like myths.

In his seminal book, The Power of Myth, author Joseph Campbell, outlined the four functions of myth: mystical, cosmological, sociological and pedagogical. It’s in the last two where myths and brands collide. Brands are part of a complex cultural feedback loop, and although the things we purchase don’t have the content of a traditional myth, they do have the form of one. They carry stories (that are either created by us or the brand) with varying relationships to the truth. In short, they hyper-symbolise.

“I’m going to show the people of Gotham their city doesn’t belong to the criminals and the corrupt… People need dramatic examples to shake them out of apathy and I can’t do that as Bruce Wayne. As a man, I’m flesh and blood. I can be ignored. I can be destroyed. But as a symbol… As a symbol, I can be incorruptible. I can be everlasting.”

However, over time, your brand ages. So do we. But there’s a big difference between a brand that ages-and-modifies, and one that ages-and-transforms. Time and again, Batman has done the later. So much so, that each generation has its own Dark Knight.

Batman’s mythos has adapted, adjusted and expanded to his changing context. Transcending age, culture, life stage, lifestyle and beliefs, he has continued to inspire legions of people, through the single thing he set out to create – a symbol. Of hope. 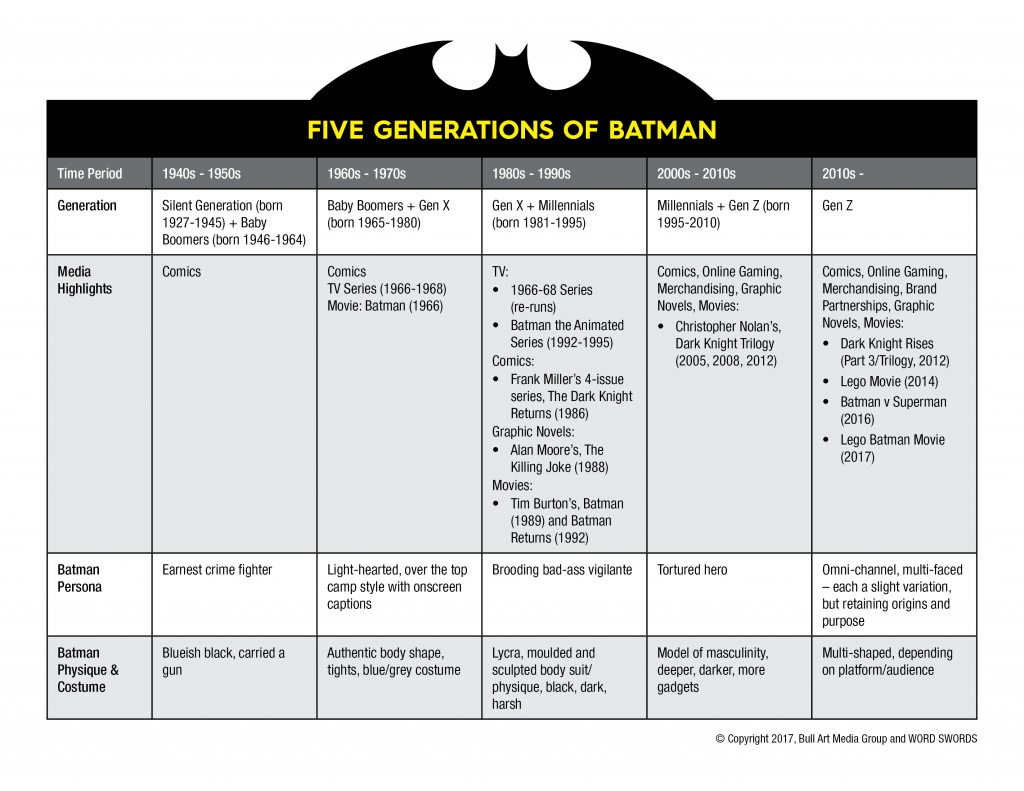 The decades of Batman’s generational appeal

Brand Batman has successfully regenerated through five generations. Going from the earnest comic book character to the ‘KAPOW!’ caped crusader of TV serials, through his dark, menacing phase and on to the tortured depth of Christopher Nolan’s Dark Knight Trilogy. Then, in 2016 there was the middle-aged interpretation, with Batman v Superman: Dawn of Justice  and of late, the newly released Lego Batman Movie. All different – yet each carries the same thread – the Batman mythos ­– that continues to inspire (and add) more legions of fans.

“He’s clearly a man with a mission, but it’s not one of vengeance. Bruce is not after personal revenge … He’s much bigger than that; he’s much more noble than that. He wants the world to be a better place, where a young Bruce Wayne would not be a victim … In a way, he’s out to make himself unnecessary. Batman is a hero who wishes he didn’t have to exist.”

How can your NFP do the same? If you proactively watch for, anticipate and correct your brand’s course, then it’s more likely to endure. Over time, small changes, even subtle ones, can help. Take the lead from Brand Batman – try changing your brand in form, appearance, nature, or characterisation:

1. Take a look inside – as uncomfortable as it may be – look for your purpose

2. Rediscover (or create) your origin story

3. Build meaning into your brand context

4. Refresh your messaging so it’s more relevant and customer centric

6. Update your logo and tagline

7. Create and evolve your brand mythos

Brand building isn’t difficult. But it does require work. And intentionality.

This is the final article in the Batman Trilogy, on branding. Catch-up on Part One (finding your purpose), and Part Two (know what’s at risk).