We are all storytellers: The internet story circle 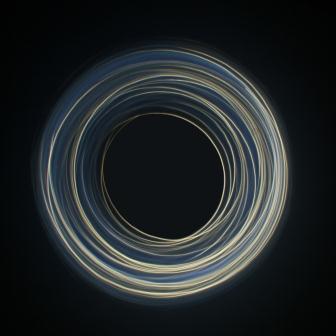 A storyteller is more than a teller of tales.

Storytellers are entertainers, teachers and healers with a long spiritual tradition.

Our stories show how close we are as a human tribe. And we’re a tribe of many different flavours.

It’s been said that those who don’t learn from the past are doomed to repeat it. That’s the deeper, true importance of storytelling. To teach.

Before there was science, the world was described through story. As a result many indigenous traditions the world over encoded their teachings in story form. But to be true to this tradition, requires ongoing inspiration.

When people migrated they took their stories with them, and as they met people in other parts of the world, they shared the stories. This constantly refuelled the storehouse of stories that were passed on, and it inspired the creation of new ones.

The latest source of inspiration is the Internet.

Sparked by blogs, democratised content and now social media, if you have a story to tell, the Internet provides unlimited, affordable, and easy platforms for sharing your story with the world.

The internet is the new kitchen table, the campfire and the bedside all rolled into one neat, virtual package. Story circles are now never-endingly spiralled throughout the web.

But remember that technology is the means, not the end in itself.

As stories are now so readily made and spread, only the test of time will unveil the true value of the story spread.

With an overload of information that is predominantly free (and therefore often lacking or diminishing in value), unless it is infused with true meaning, its story life will be short. Relevance and worth will now be the judge.

As a storyteller, to imbue a story with meaning you must look within the story. Look to the circle for inspiration. As a symbol of the never-ending and unbroken, a circle has no beginning and no end. It faces all directions equally.

They don’t move in straight lines. So it helps if you listen in circles.
There are stories inside stories and stories between stories,
and finding your way through them is as easy and as hard as finding your way home.

And part of the finding is the getting lost.

And when you’re lost, you start to look around and to listen. “

–          From Deena Metzger, Writing for Your Life, quoting members of a traveling Jewish Theatre.

Stories of creation, of values, beliefs and moral codes were all learnt and passed from generation to generation. These stories were based on events, cycles and seasons; they were preserved across the centuries, well before written texts became widespread.

They stood the test of time.

How many of the stories created now will last the distance?

It’s been said that those who don’t learn from the past are doomed to repeat it. That’s the deeper, true importance of storytelling.

Our stories show how close we are as a human tribe. And we are a tribe of many different flavours.