‘She’ Means Business: the purchasing power of the female economy 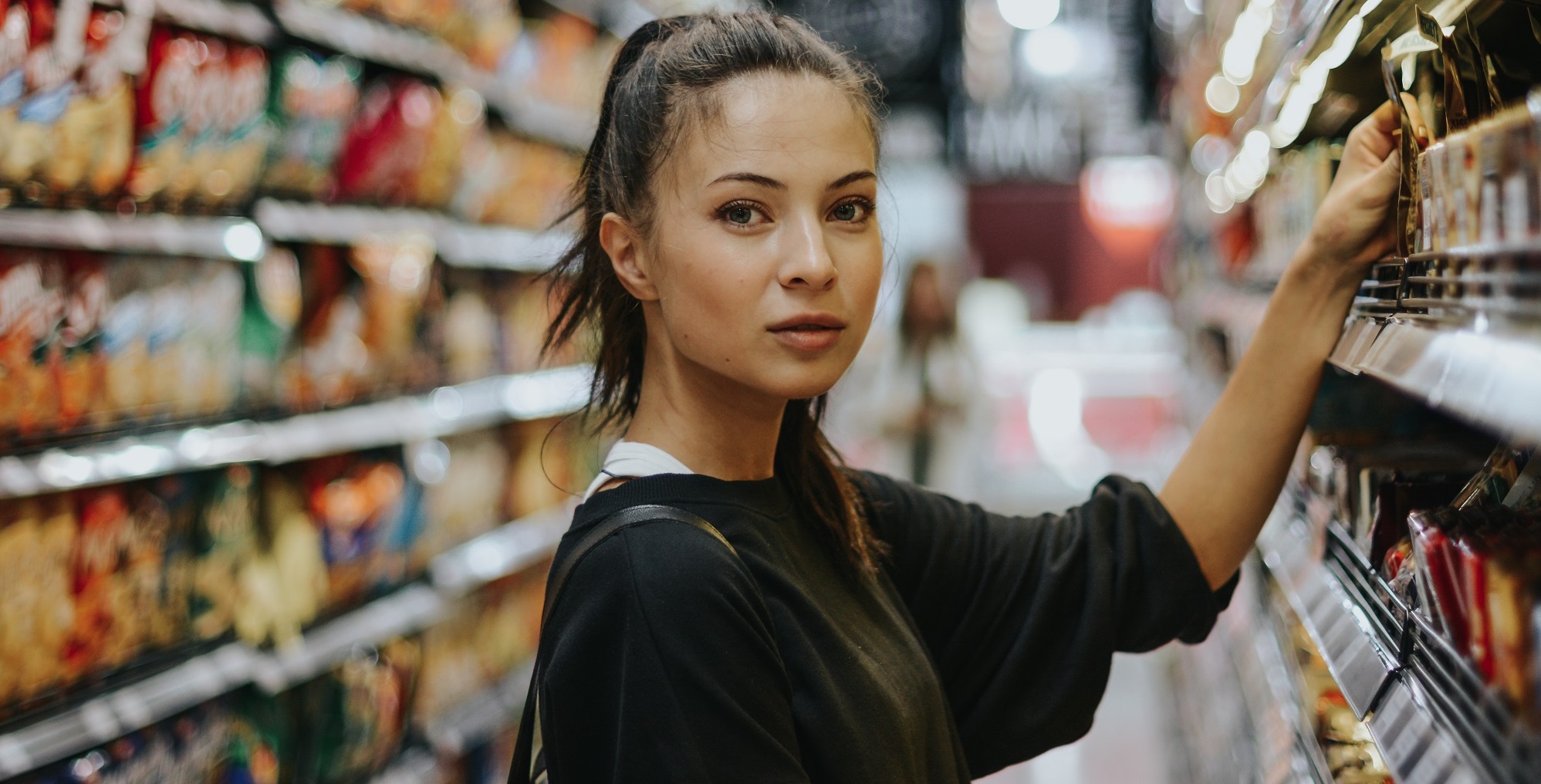 It never fails to surprise me. Women make up just over half the world’s population and control well over half the spending, yet few businesses acknowledge them as the unequivocally dominant consumer force (and market) on the planet.

This second article in a series on the Power of the Female Economy, explains how women are the largest spending, yet still unrecognised drivers, of our consumer economy.

Exactly how big is it? In aggregate, women represent a growth market bigger than China and India combined — more than twice as big, in fact. Given those numbers, it would be foolish to ignore or underestimate the female consumer economy. But many still do.

Ironically, despite having transformed their social position and group economic power over the last century, women are still widely undervalued. In 2008 more than 12,000 women across the globe were surveyed by the Boston Consulting Group (BCG), on how they felt about their work, their lives, and how they were being served by businesses. It turned out there was lots of room for improvement. And there still is.

‘Know your customer’, is a mantra that should be embedded in every business plan. But it seems most businesses, don’t know they don’t know very much about the female economy. So firstly, let’s look at the size and dynamics of this unacknowledged market driver. 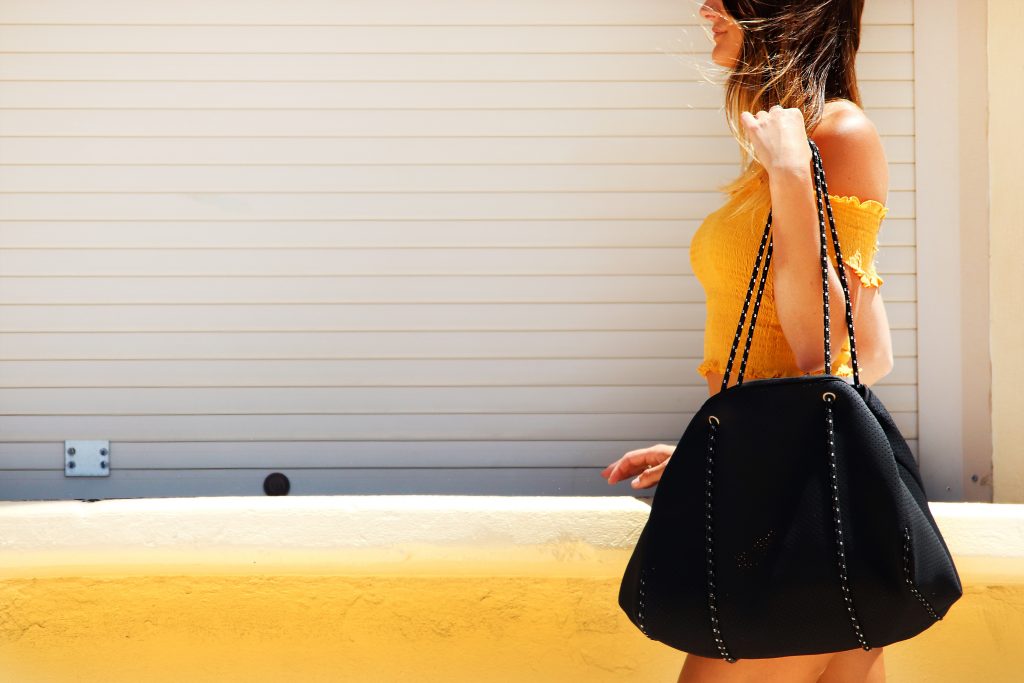 Across the world, it’s women who buy virtually everything there is to be sold.

Today, it’s believed that women are responsible for up to nine out of ten spending decisions.

The female market has and is, growing exponentially.

Thanks to rising education levels, growing workforce participation and increasing incomes, the global purchasing power of woman has never been greater and it’s unlikely the trend will abate.

In the next two decades, the global middle class will at least double in size. Much of that growth, will be spurred by women entering the workforce and creating dual-worker households, especially in developing nations. As each developing nation catches up to the developed ones, it’s newly born middle class floods the market with well educated, purchasing-empowered women. 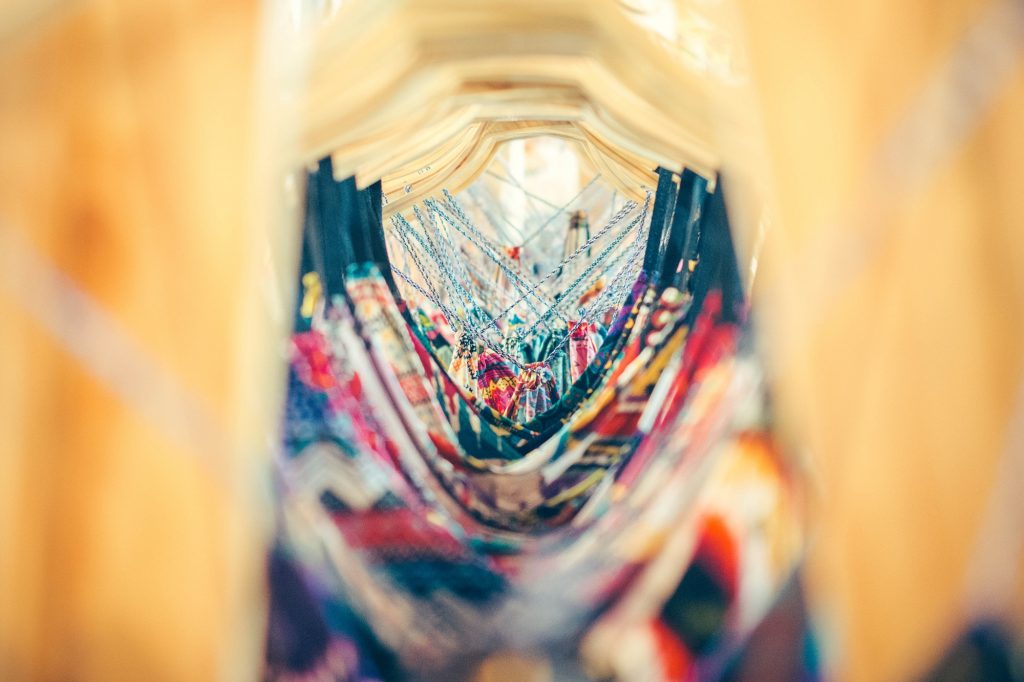 By 2018 it’s predicted that the global incomes of women will reach a staggering $18 trillion, and that they’ll control $40 trillion in purchases.

Women have always handled the bulk of everyday household purchases like groceries and clothing, but there’s an increasing number of other items they’re now buying, including those targeted at men. In fact, 50 percent of products marketed to men, are purchased by women. What does that mean?

It means that women are multiple markets in one – they’re the gateway to everybody else. Add to that, their influencer effect – Bridget Brennan, author of “Why She Buys,” calls it “their multiplier effect.”

More often than not, women are primary caregivers to children, elderly parents and an extended family. Therefore, in addition to themselves, women shop for other people. Even when they’re not paying for an item, they usually have the final say in the purchase, which gives women an immense amount of influence over how and where all discretionary money is spent – no matter who it belongs to. So how did it all start?

A generation breaks its silence

It started innocently enough – through duty. And in doing their duty, the ‘Silent Generation’ of women (born 1927-1945) triggered a change that forever altered the female/male equation in society.

Marti Barletta, an expert on the female economy, comments in her book “Marketing to Women” that the women of that era may initially have gone to college to gain (or catch) their “MRS” degree and then out of wartime need gone to work, but things quickly changed. They found they liked work, enjoyed the sense of accomplishment and grew especially fond of the independence that a paycheque gave them.

Their Baby Boomer daughters (born 1946-1964) raised their education and workplace goals, aiming for more economic independence and a life outside the marital home – or one that didn’t include marriage. Entering the workforce had freed women to view marriage as a personal choice, rather than an economic necessary. In turn, that led to more households, more houses, more ‘stuff’ and… more spending.

Greater spending power came from higher earnings, through higher education… which granted women greater influence, skills, self-confidence and expectations. That single dynamic, has effectively remodelled the consumer economy. Across the world, women now hold more bachelor’s and master’s degrees than men and their resultant earnings are growing faster. That gives them power. 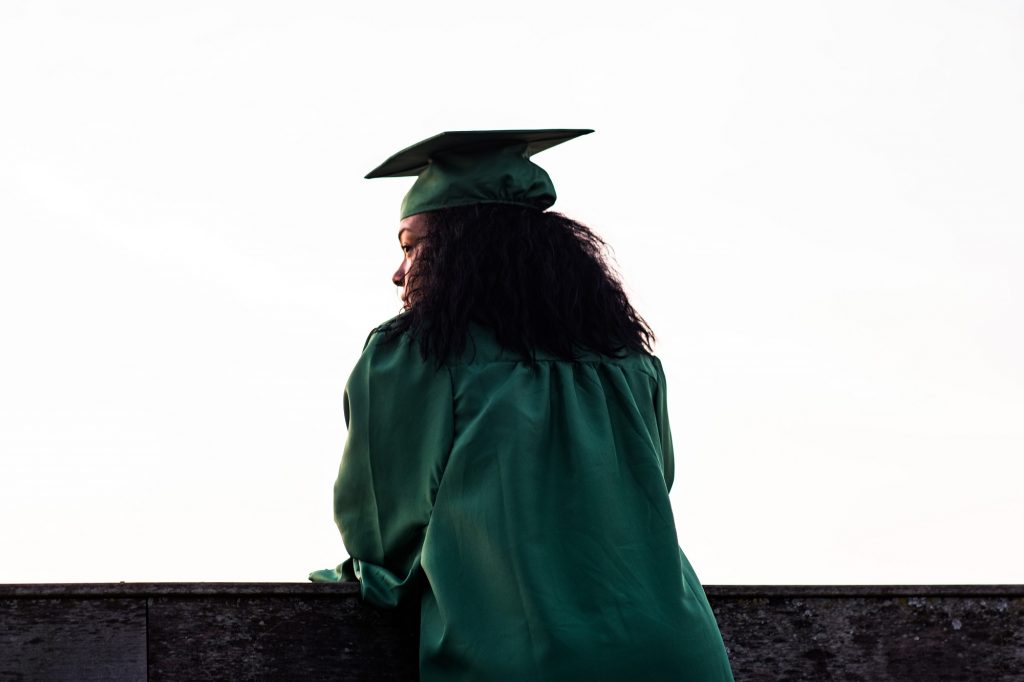 Historically, as the collective household income increased, so too did the demand for consumer goods. A dual-worker family not only has more, it needs more – two cars, two computers and so on. And because women were financially contributing more to the pot, they had more say in how it’s spent, especially on big ticket items.

As their income and influence has grown and changed, so too have the services and products women choose to buy. A number of studies have shown that women’s decision making power within a household varies, based on her contributing share of the total household earnings.

Women are more likely to purchase for the household and the children, including food, healthcare, clothing, education, and personal care products. In contrast, households where men dominate the earning and therefore spending decisions, much higher shares are spent on alcohol, tobacco, and high-status consumer goods. 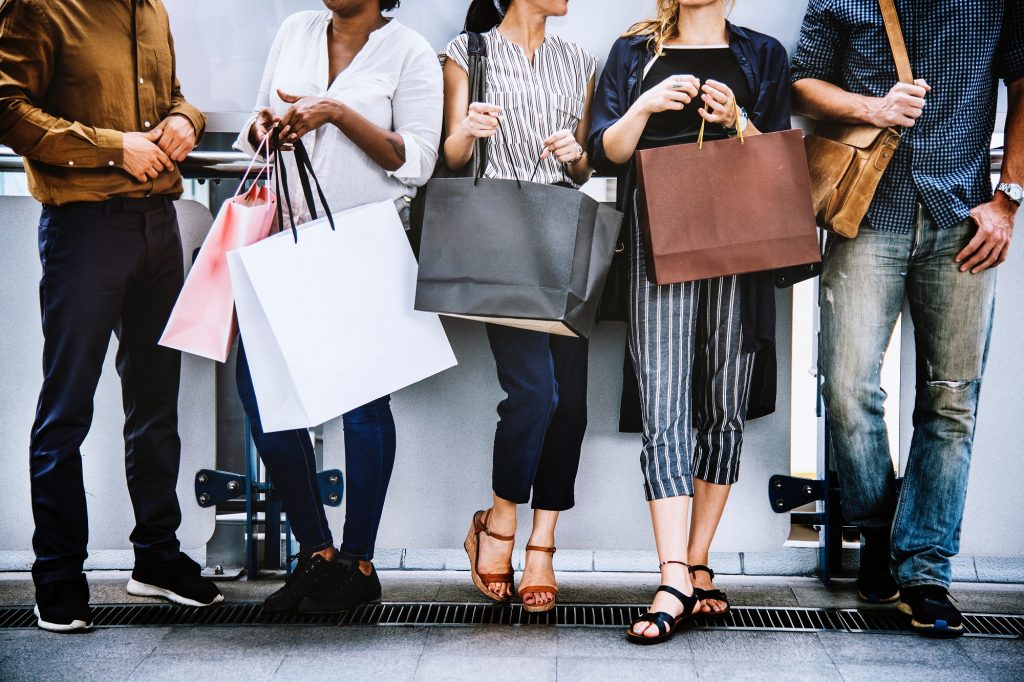 She hunts for value in her purchases

Today, women have higher levels of education, control more disposable income and possess greater shopping savvy than previous generations. They also have a new sense of purpose and power in their consuming – playing out many different roles when they shop. In his book, “Treasure Hunt: Inside the Mind of the New Consumer”, author Michael J. Silverstein said:

“…for these women [shopping] isn’t just a chore. It is a serious effort to spend money wisely on goods and services that may be cheap or dear, practical or whimsical, basic or feature laden but that are always functionally and emotionally significant to them and those they care about.

Women often behave like industrial purchasing agents, casting an eagle eye on price and value and buying with care and attention to detail. They know prices by retailer and stock-keeping unit, and they can readily distinguish between a rip-off and a good value and between something that’s “fun to try” and a family staple.

Women in families often scrimp and save and put themselves last. But there’s a flip side to that behaviour. They can occasionally become consuming hedonists. Especially when the pressure of playing the purchasing agent becomes too great, women will splurge on comforts and pleasures just for themselves.”

To succeed, brands need to alter their outdated female stereotypes, to other, more contemporary archetypes. Primarily, they need to counter the triple time challenge, that’s suffered by all women: Too many demands on my time. Do not have enough time for me. I have conflicting priorities. 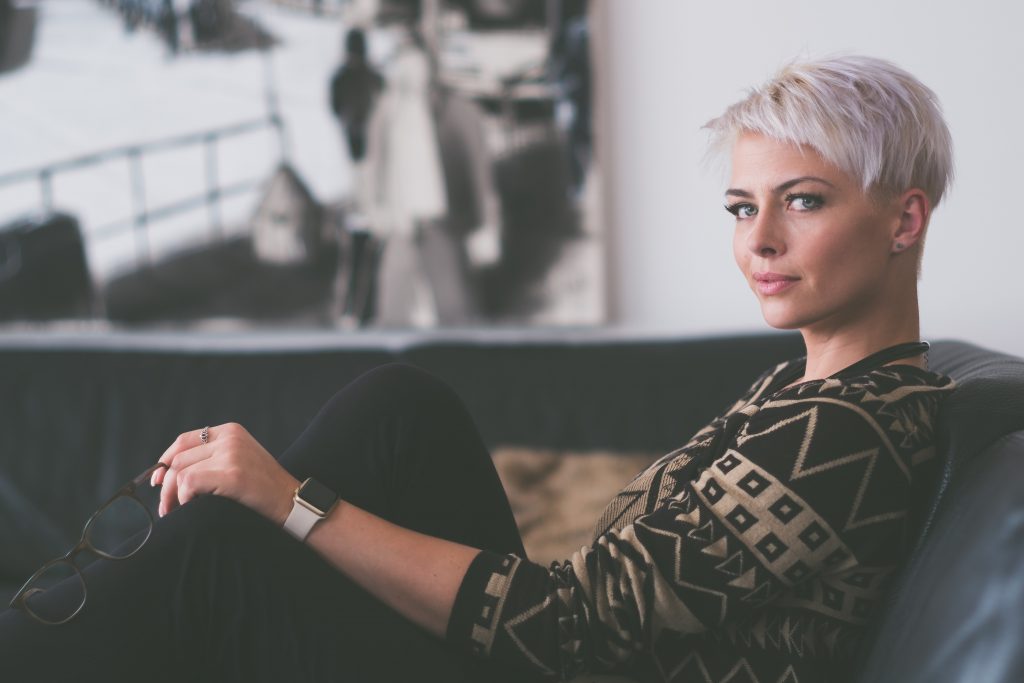 Silverstein, who’s also the author of the 2008 BCG survey “Women Want More” that ultimately became a bestselling book of the same name, advised companies to tap into the female economy. He saw the greatest potential in food, fitness, beauty, and apparel – being areas where women are more likely to spend more or trade up. Two other categories, being financial services and health care, also offer opportunities.

He found that most companies had much to learn about selling to women:

“Women feel vastly underserved. They have too many demands on their time and constantly juggle conflicting priorities — work, home, and family. Few companies have responded to their need for time-saving solutions or for products and services designed specifically for them.”

Fast forward nine years, and nothing has changed. Women find themselves caught in an upward spiral of higher levels of prosperity, health, education and wealth, that gives them little choice than to work full-time. Too many brands fail to ease their burden, by continuing to offer them poorly conceived products and services and marketing narratives that promote outdated female stereotypes.

Because women are the major consumer spenders and savers in the economy, they seek value.

They expect the things they buy to provide multiple solutions, cover the many roles they play and to help them find time, save time and free up time. They want to do business with brands that care, listen and respond and ones that respect and honour their position as a consumer. The payoff is when they find a brand that truly meets their criteria. When they do, they become apostles for that brand – helping them grow, spread and take root. 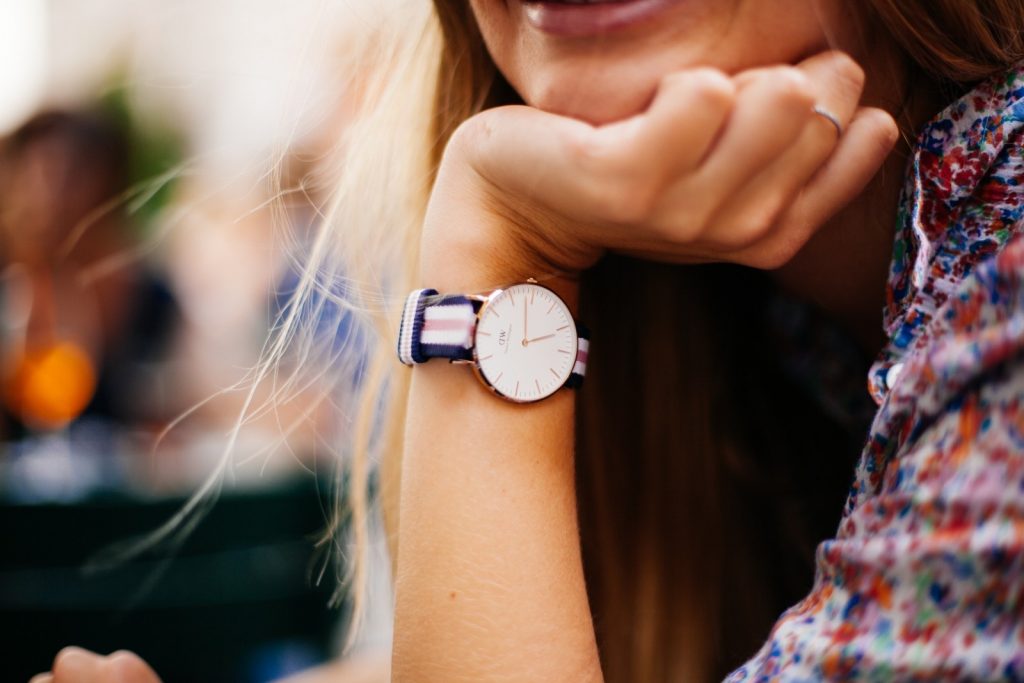 The female economy is a worldwide phenomenon. Although there are differences across the globe, the similarities are more significant. Right now, the expectations of a woman in Mumbai or Beijing may be different to one in Sydney or New York, but they both increasingly influence their household’s purchases, as their economic wealth increases.

So where do you start to better understand this market’s potential? I’d suggest taking your lead from the name of the BCG survey – “Women Want More” – and the words of author Marti Barletta:

“One of the big mistakes companies make is assuming women are all about the warm and fuzzy, and they’re not. They want all the same things men do… and then some.”