The Many Minds of Eve: females think and buy, differently than men 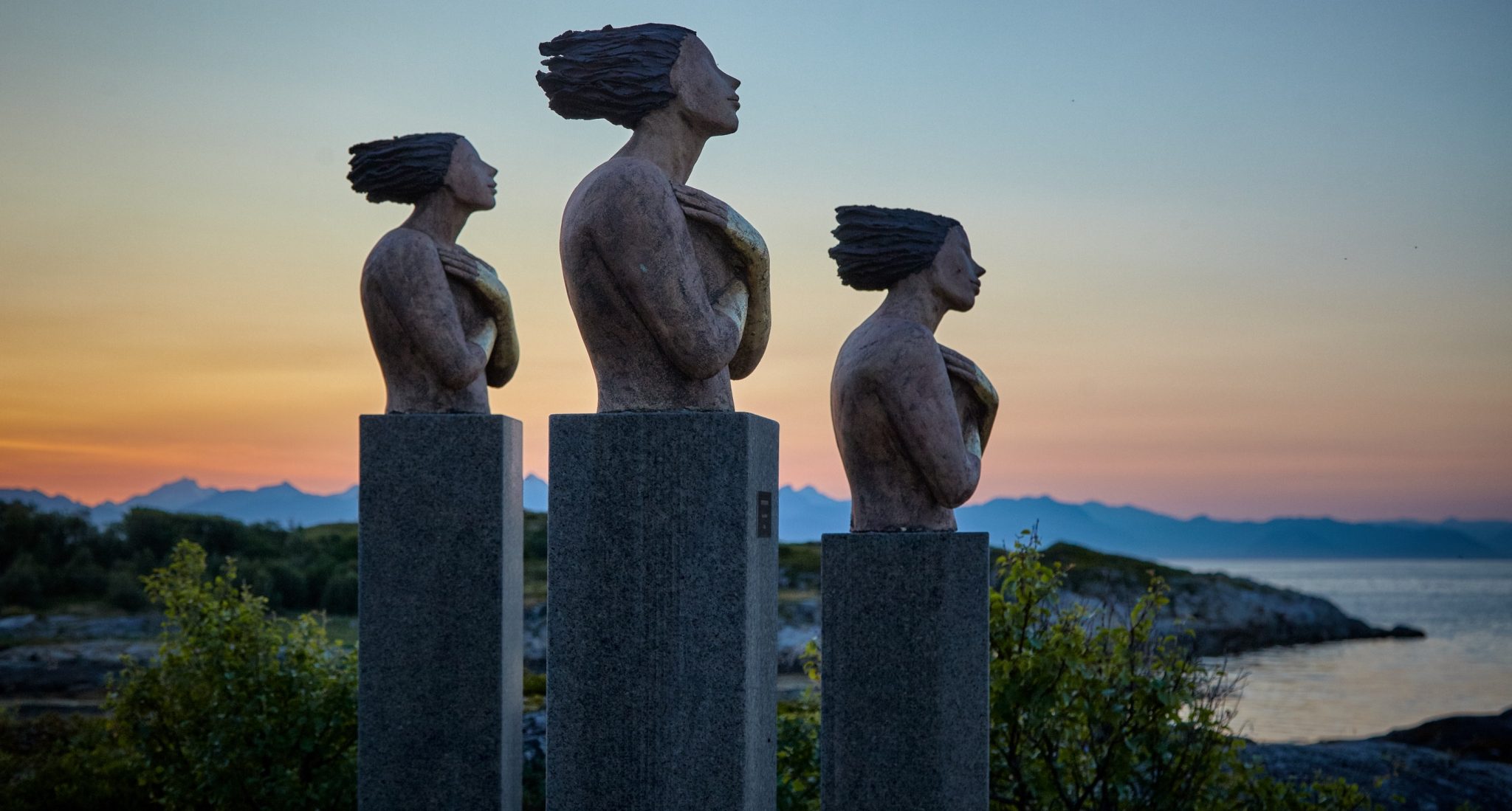 Women and men are different. That’s obvious. But it’s the minutiae that counts.

This third article in a series on the Power of the Female Economy, explains how women are as different psychologically as they are biologically, from men… which directly affects their how and why of shopping.

As Faith Popcorn famously put it, “they’re as different shop-ologically as they are biologically.”

With that simple statement in 2000, the world awoke to a savvy marketers’ golden opportunity. When the renowned author and futurist’s third ground-breaking book was published, it threw a spotlight on the need for gender specific marketing.

Even today, the book’s basic logic remains valid: “Women are different, and they have money. So what do I do?”

As consumers, women have evolved faster and more powerfully than men. They’re responsible for up to nine out of every ten spending decisions, yet for decades, the marketing of most big-name brands has been driven by men, using male-drawn stereotypes and top-level decisions. Logically, given the gender differences, that was always unlikely to work. And yet, many of those stereotypes remain.

Those stereotypes were built on marketing rules rooted in two things: a corporate era when women weren’t economically powerful and a poor understanding of what women were actually like.

“EVEolution,” as Popcorn’s book was called, marked a change.

At the time, women across the globe thanked Ms Popcorn, for publicly pointing out that “Women process information differently. Women articulate their feelings more easily, and see themselves as links, not loners. Men do one thing at a time, while women do many things at the same time.” And the most important thing that men should know…“if she has to ask you to do something, it’s already too late.”

Let’s see if we can change what men think about women, just a little. 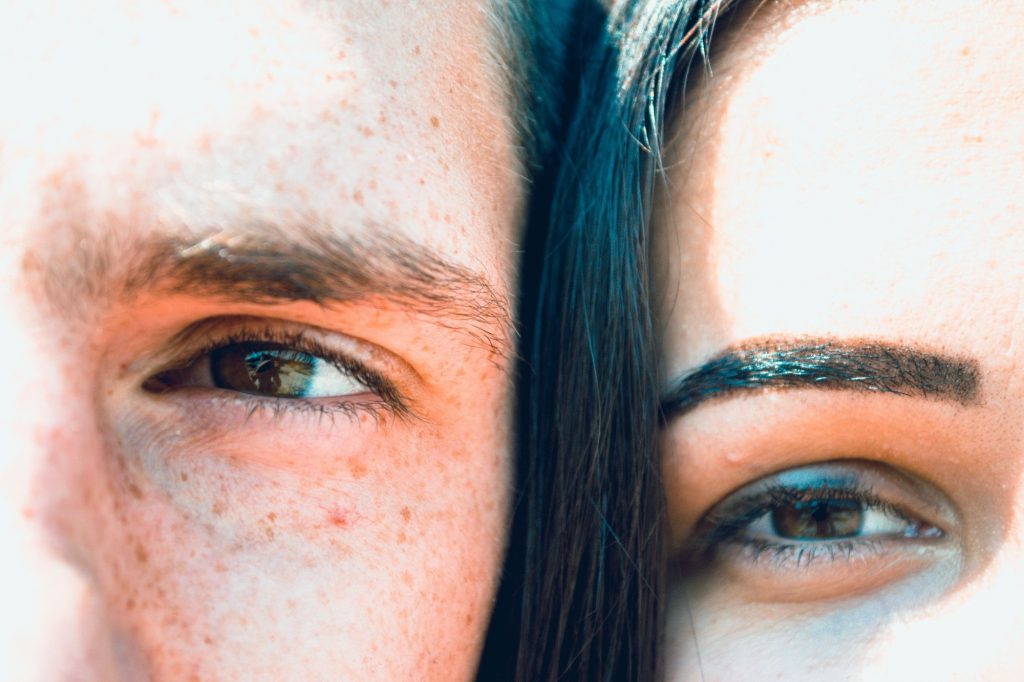 Are the genders really different?

In some contexts, that’s a fair question. Much time and effort was spent during the 60s, 70s and 80s, insisting we were the same. Those cries, from women’s liberationists, were driven by an effort to break the conventional wisdom of the day – that men were workers and providers, women were the nurturers. And it’s thanks to those feminists, that new doors have since opened.

However, to successfully market to women, it’s not enough to just understand that they’re as capable and intelligent as men. Or that they’re the principal shoppers and influencers. You need to recognise the nuanced differences and see them for what they are – opportunities – that are wide open for commercial success stories to be born.

Gender is the most powerful determinant of how a person views the world and everything in it. It’s more powerful than age, income, race or geography. However, we mostly ignore biological differences when examining our customer base, mainly because we’ve never been taught about them. And I’m sorry, but being a female doesn’t automatically give you a golden ticket to success.

Most women have either been taught or have absorbed, that same conventional business wisdom that men originally created. According to Bec Brideson, author of “Blind Spots,” and a pioneer and innovator in the marketing-to-women space in Australia:

“Those marketers who grew up with Phillip Kotler’s take on market segmentation, were taught to see gender as a ‘lo-val’ subset of demographics. Marketing-to-women (M2W), today, is way more valuable and important than that. M2W is not some ‘niche’ – it’s mainstream.

But don’t be fooled into thinking M2W is only about ‘for women only’ products and services. And that gender statements are the only way to attract the loyal and lucrative female audience. It is my belief almost every brand and product category can benefit from a M2W leverage point and an appeal to women. You just need to know how, where and why to build one.”

So why haven’t more brands done it? 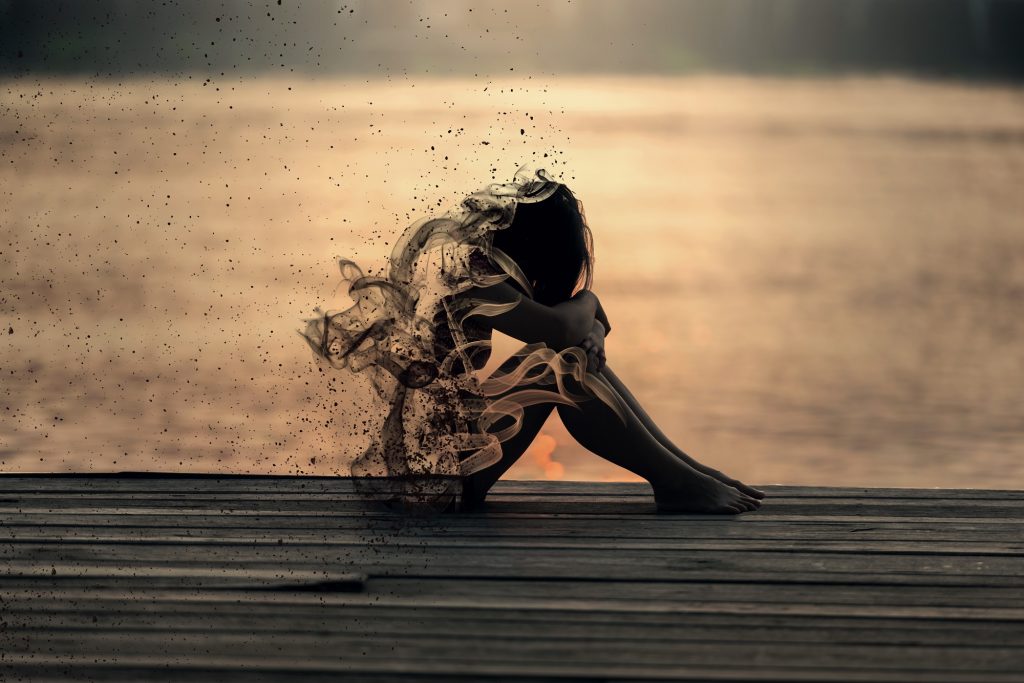 In 1982 Rena Bartos, then senior VP at the advertising agency J. Walter Thompson, and a pioneering qualitative researcher, noticed something.

Her ground-breaking insights captured the idea that a new woman was emerging – albeit in a nascent stage compared to today – and she called her, “The Moving Target.” In her book by the same name, she dubbed the American woman’s metamorphosis as a ‘quiet revolution,’ with lasting implications for career, family, society and more. She said:

“Women have moved from defining themselves in terms of derived status. They are moving towards wanting a sense of personal identity beyond those private domestic roles.”

That ‘moving target’ profile, depicted a person that was different to the accepted gender stereotype of a wife at home, with kids. Instead, she worked she had money and she had growing power.

Fast forward a few decades, and Bartos’ initial profile has reinvented itself many times over. Yet the stereotypes of females, haven’t kept pace. Nor has the gender-specific knowledge of brands and businesses.

Thankfully, science has. It’s even captured hard data that proves what women have always known – that they’re different to men – and shouldn’t be thought of or approached, in the same way.

So let’s throw out everything we ‘think’ we know… and start afresh. 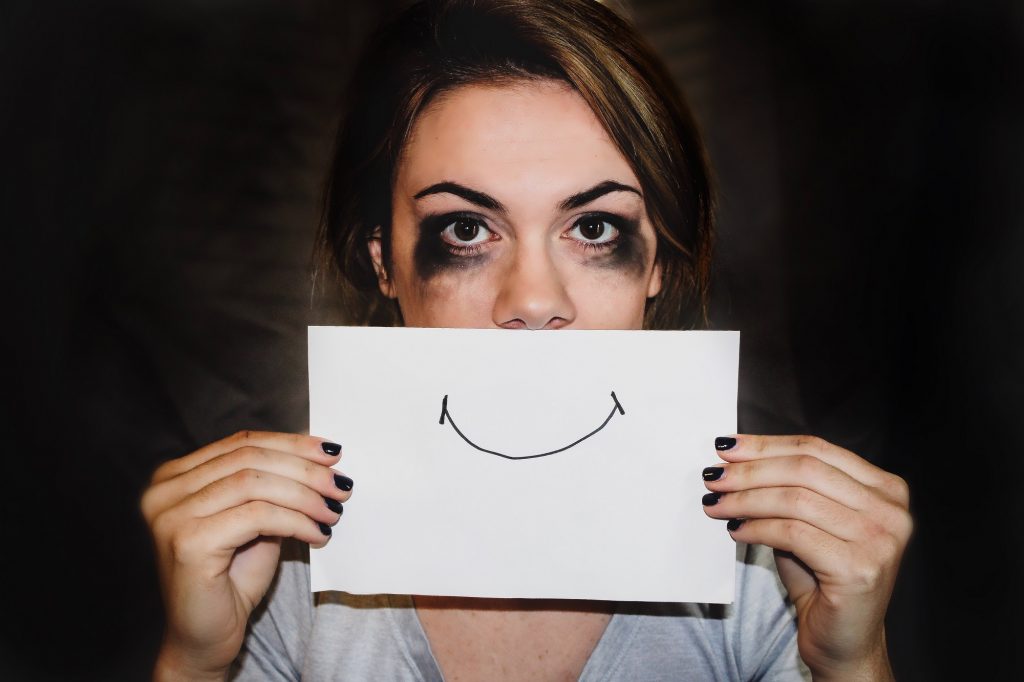 Literally thousands of studies across anthropology, biochemistry, neuroscience, human development, psychology and sociolinguistics have proven there are differences, in many areas other than just reproduction. Boiling it down, each gender has its own set of attitudes, abilities, priorities and preferences, which impact’s their behaviour both inside and out of shops.

It’s almost as if we’re living in our own gender-specific realities.

Most consumer driven brands and businesses need to master an understanding of the gender differences, and how female psychology works. Why? Because women are the driving force of the global economy. And when it comes to spending, women are the sex determining if a brand lives or dies.

Faith Popcorn said of the differences:

Roll forward a few years and Marti Barletta noted in her book, “Marketing to Women,” how women make purchasing decisions in a different way to men.

“Men and women don’t communicate in the same way, and they don’t buy for the same reasons,” she stresses. “He simply wants the transaction to take place. She’s interested in creating a relationship. Every place women go they make connections … 91% of women say ‘advertisers don’t understand us’.” 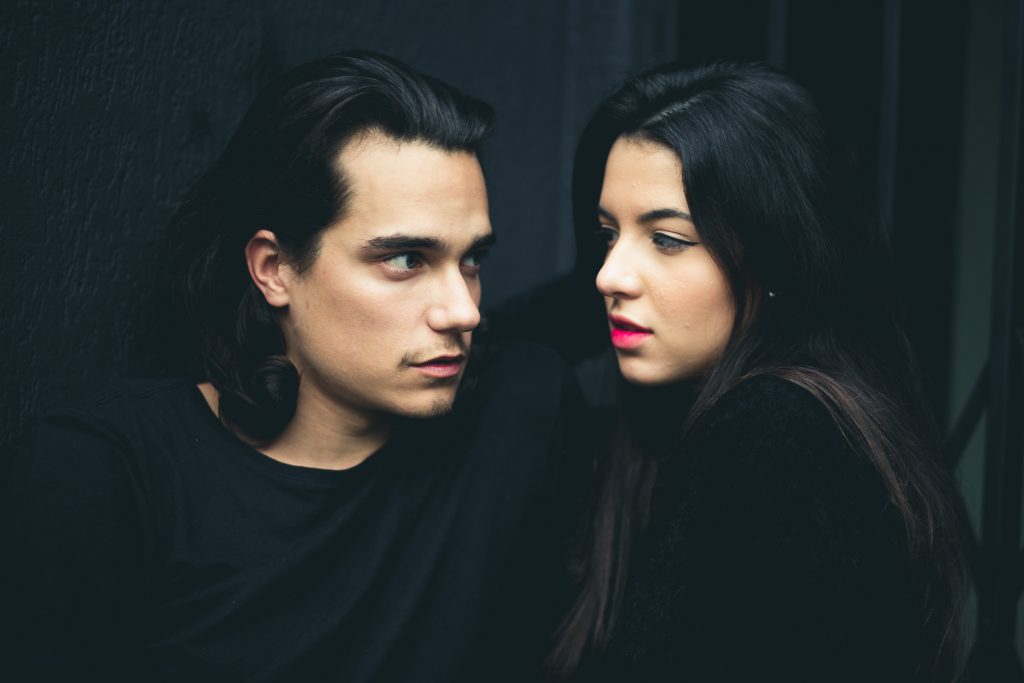 So, what are the gender-specific differences? They come down to evolution, biology and brains.

Men’s survival strategy, is to make the maximum number of kids. For women, it’s helping the kids she has, to survive. Men focus on targets (tracking and hunting), have strong spatial skills (sizing up and killing) and navigation (getting home) abilities. That’s translated into men still enjoying challenge, rewards and competition. Meanwhile, females needed survival savvy – the ability to collaborate with neighbours, share resources and a selfless drive to nurture the young to maturity. Those habits have embedded patience, relationship building and gatekeeping skills, in today’s women.

The male hormone, testosterone, is the main driver of personality characteristics like aggressiveness, self-assertiveness, dominance, competitiveness, risk-taking and thrill-seeking. It also drives a number of male-linked aptitudes normally thought to be learned – spatial, mechanical and math abilities. The key female hormone, estrogen, encourages nesting and nurturing, while it supresses the dominant effects of testosterone. That’s why mature women are more assertive as customers, once their estrogen levels drop.

Now we’re down to the nitty-gritty. Male brain usage is more localised to the right side and they’re highly efficient at focussing, whereas female usage is distributed across both sides, with better connections and integration. This accounts for a women’s ability to multitask and think holistically, preferring to view each interaction in context, as part of a bigger picture. It may also account for their legendary intuition, by being able to pull together details from separate and disparate sources – sight, speech and emotions – and emerge with a conclusion. Both the emotional bonding and memory centres are bigger in females, accounting for their relationship skills and uncanny ability to remember every word of an argument or special event. 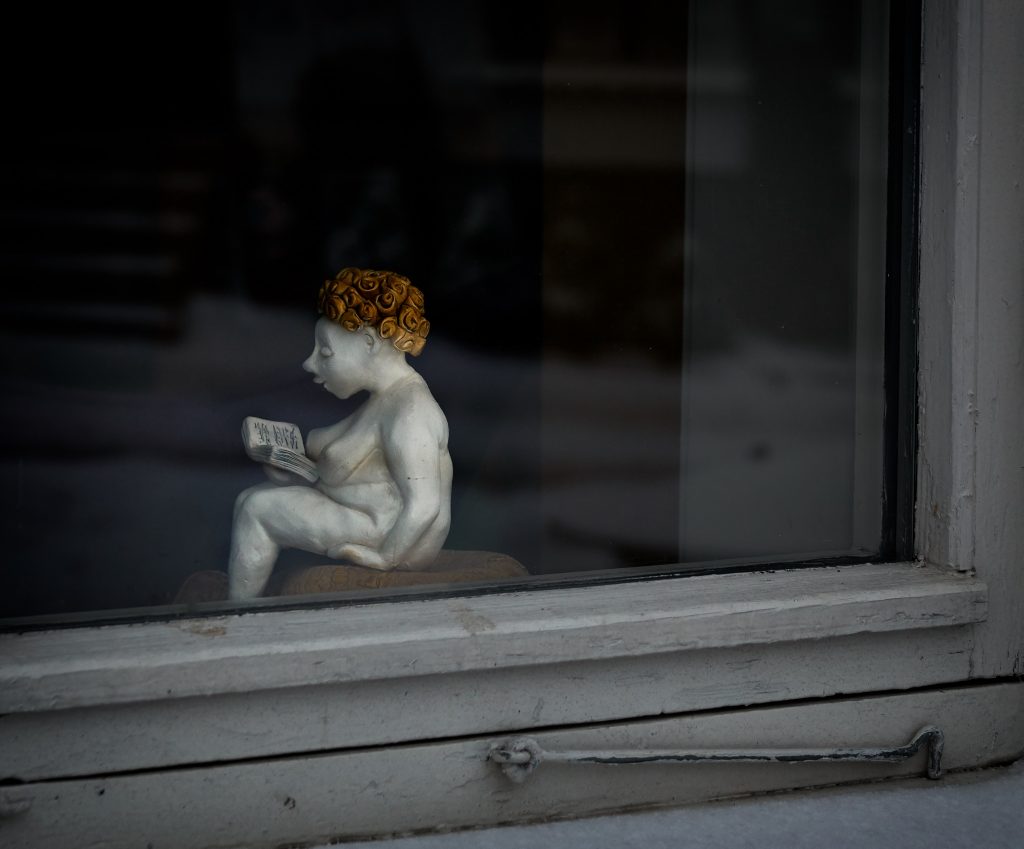 Minutiae of a woman

It’s these tiny biological, evolutionary and brain differences that play out when each of us interacts, talks, listens, thinks and responds. First, we both see things differently. Literally. In the words of Marti Barletta:

Of the four remaining senses, women’s responses are more acute and detect subtleties missed by most men. They’re more sensitive to odour and fragrance, and prefer sounds that are about half as loud as men.

Next, there’s the emotional stuff. Women experience the entire range of emotions with greater intensity and more volatility than men, and they express them more often. They also have tighter connections between their emotional and verbal centres, so women articulate their emotions better and empathise more strongly with others.

This one, is no surprise. Generally speaking, women are better at ‘social perception’ than men. Study after study highlights that men only notice and care about the big important things, while women notice and care about the both the big things and the small details. Because they have greater brain usage, women pick up and absorb nuances missed by men and they’re more sensitive to interpersonal details such as tone of voice, facial expressions and body language.

In short, women are into details. They notice, care about and act on all the same things as men… amplified, times ten. 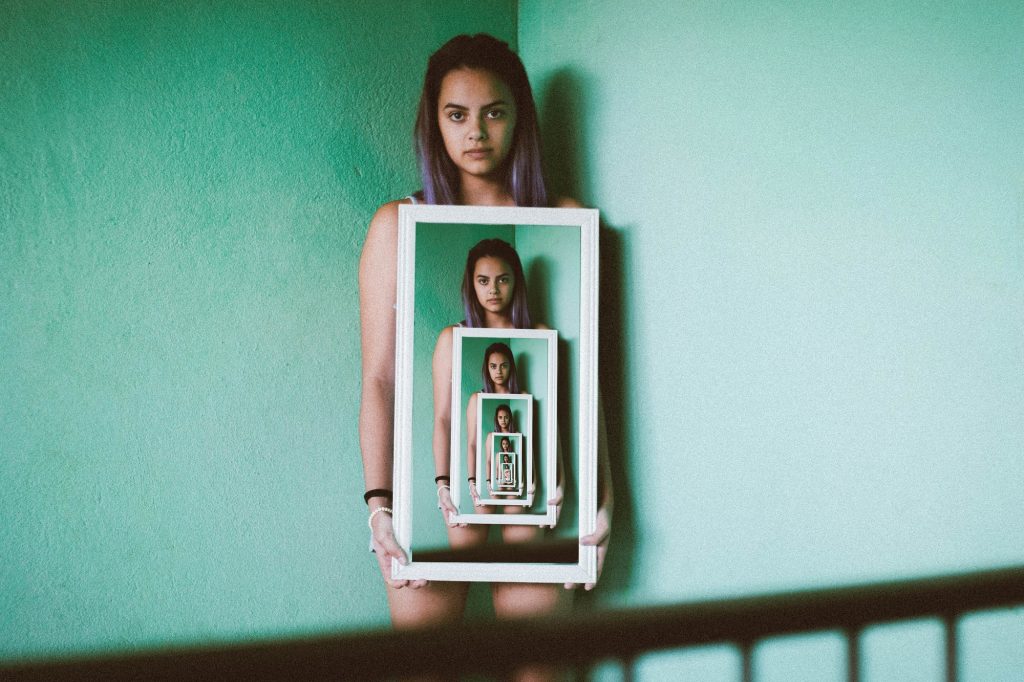 Women are people focused. That’s well known. But why? It seems their brains recognise them more strongly. In studies where male and female participants were simultaneously shown an object (one eye) and a person (other eye), the females more frequently reported seeing the ‘person,’ while males saw the ‘object.’

And how do women make decisions? Psychologists found that women think more contextually and holistically, placing things in relation to one another (as they do with people) and integrating them into a bigger picture – a whole.

That said, women have difficulty separating things from their context or background, and can take extra time in decision making when buying – in order to find the ‘perfect answer.’ A woman’s spiralling buying pattern, (unlike a man’s linear one that searches for a ‘good solution’) has her adding options into the buying selection criteria along the way – not discarding them, as men do. These additions cause her to return to the initial stages of the pattern to further sort, refine and progress. This can happen multiple times… all in the search for ‘perfect.’ It’s frustrating for men to witness, but it makes perfect sense to every woman.

Marti Barletta simplified this trait by saying that:

“…men are the analysts (they take things apart), and women are the synthesizers (they put things together).” 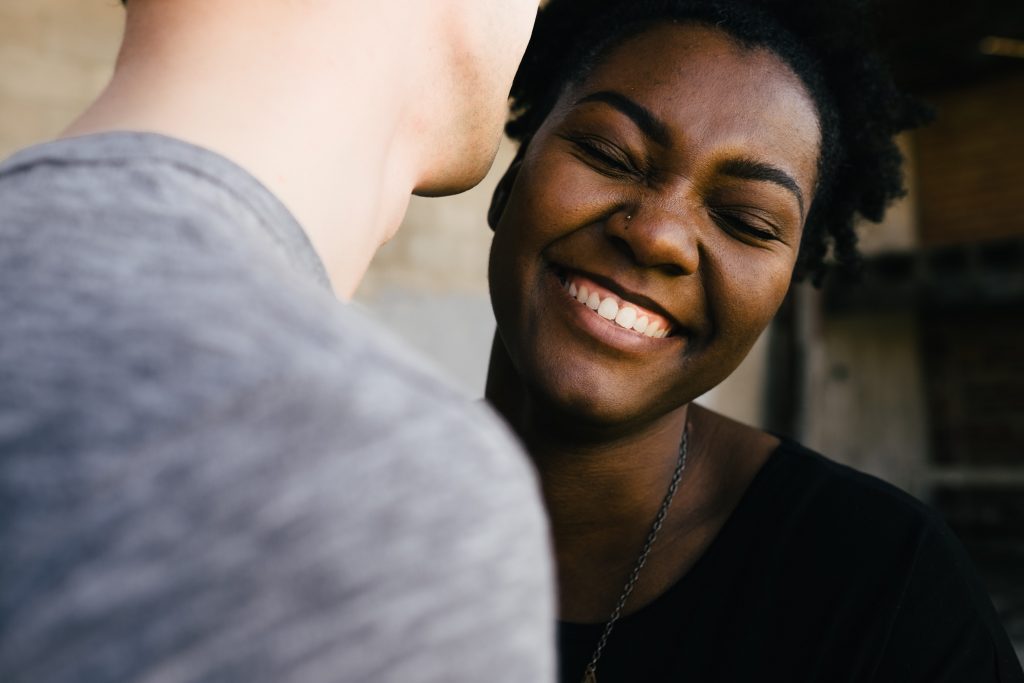 As you can see, it’s the small details, that make the difference when you’re maximising the Female Economy opportunity. But with so much to cover, it can be overwhelming, even for women. Faith Popcorn codified her “EVEolution” ideas into the Eight Truths of Marketing to Women:

Women we see you

Some may think that gender-specific marketing is sexist – it’s not. It’s smart.

In his book, “Why We Buy: The Science of Shopping,” retail expert Paco Underhill makes this exact point, through a simple story:

“A man and woman go shopping in a hardware store. They need a hammer. While the man is buying a hammer, the women is buying a living room wall, covered in memories.”

What’s the story mean? It’s a wake-up call to reconsider what you’re doing to talk to, delight and keep your female customers.