8 essential ways to get at least one idea 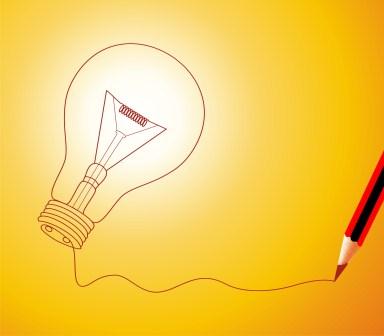 You can learn why things are happening by being in conversations … and from listening very carefully.

That’s where most of my ideas come from. But what about you? Where do you get ideas from?

My marketing background and natural writer’s curiosity to learn what makes people tick, means I dig deep to uncover as many ‘great things’ as I can.

That’s where ideas come from.

And don’t be afraid. That’s the other secret.

To help kick start you on your idea-quest, here’s eight ways to get at least one idea:

As you were when you were a child.

Talk to people in your conversation, not at them. Dig to discover specifics, issues, problems or the pain that they may have or feel. The answers can often be the keys to an idea. Best of all would be an idea that’s the ideal solution to the needs you just heard in your conversation.

Whatever you see, ask yourself why it is the way it is. If you don’t get an answer that makes sense, perhaps there’s room for a new way, a new idea.

Once you get a visual idea, the words are easy after that.

4. Try thinking spherically, in all directions.

We’re generally brought up and taught at school to think linearly or vertically, to think logically from one point to the next until we reach a sound conclusion. This thinking is analytically, sequential, purposeful.

Another approach is to think spherically, or laterally. This thinking is in jumps. You don’t have to follow a logical path; you can take side tracks, another road and seemingly go nowhere. But no matter; it often leads to an idea.

Many times your thinking is stifled by you assuming that a problem has restrictions, boundaries, limitations and constraints, when in fact it doesn’t.

Next time you’re looking for a new idea or solution, ask yourself: “What assumptions am I making that do not actually apply? What unnecessary limitations am I placing on myself and my ideas?”

Remember playing this as a child? Many grownups still play it when trying to come up with a different way of doing or presenting something.

What if – things were older, human, inhuman, solid, liquid, added to, subtracted from, invented, rediscovered… there are so many possibilities.

Is it similar to anything else? What’s it dissimilar to? Compare yourself to something greatest, fastest, slowest, ‘bestest’…

Compare it to the most positive and most negative (un-whateverish) attributes you can think of. An idea can come from unlikely comparisons.

8. Look for things to combine.

Take a chance. Getting an idea often means combining things that were never combined before. Don’t forget you’ll never get an idea if you don’t take a chance of some kind.

So swallow your fear, pull out your courage and attack.

Then the next test of course, is how you apply those great ideas.