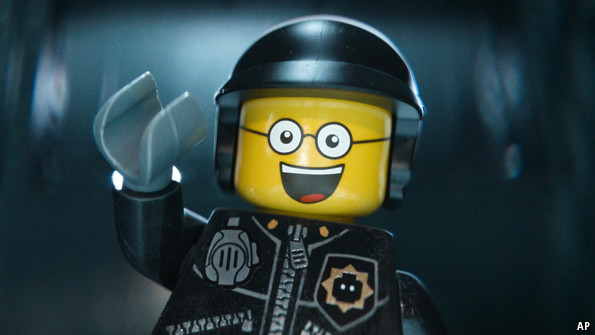 I’ve said before, that I love to play.

And that telling a great story – especially a brand one – is an art. For me, the LEGO brand fuses those two loves with some of the most innovative and disruptive content marketing that’s going around today.

If you want a case study for brand story creation, consolidation and expansion, there’s no need to go much further than LEGO.

Having reinvented themselves out of their near bankruptcy in the early 00’s, LEGO have forged a new path with Hollywood tie-ins, going back their roots and most of all, tapping new technology and online marketing techniques.

With the hilariously entertaining LEGO Movie launch approaching, they needed a new way to extend their brand reach. They turned to content marketing.

As David Wilding, Head of Planning at Ad agency PHD,  explained in a Media Week post on the subject:

“While Lego is a much-loved brand, it wasn’t (yet) synonymous with big-screen entertainment. So we wanted to combine the warmth, playfulness and creativity of Lego with the excitement and talkability of a big movie release.

Many ideas were explored but one particularly excited everybody: the idea of taking a “normal” advertising break and recreating it in Lego. This was a break that would take viewers into their own Lego world to prepare them for the full movie experience.”

With possibly one of the coolest pieces of branded content I’ve ever seen, they recreated an entire three-minute commercial break (fours ads in total, with LEGO Movie promos between) using nothing but bricks. The complete ad break was aired during the UK version of Dancing on Ice.

Let’s take a look at the LEGO brilliance they collaboratively (recreated) with four brands:

If you can’t see the video player, try viewing it here.

The original ads from British Heart Foundation, BT, Confused.com and Premier Inn were rebuilt brick-by-brick (other than Confused.com’s Brian the Robot) with standard LEGO bricks, people and other pieces. The four ads were then co-ordinated into a single ad break, PR launch, YouTube roll-out and social media strategy.

The reaction has been worth the effort for all those involved. With the ad break amassing almost one million views on You Tube at the time of posting, it surely shows how innovative thinking and brand story extensions can deliver legions of fans if you’re willing to take a chance.

Would you have taken the chance or even thought of that approach for your brand or story?