Wabi sabi and the secret to your creativity 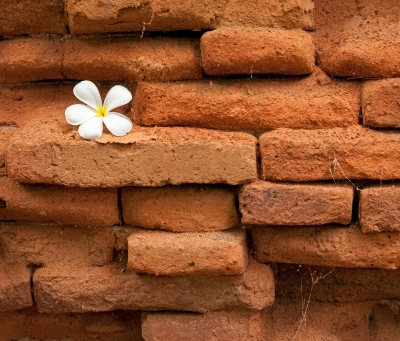 As a recovering perfectionist I occasionally still hate myself.

It’s not a self-harm kind of hatred, but more a smothering loathing.

It springs from the well of obsession.

Perfection has its place. But for those of us that live with the insatiable drive for mastery, life can have bad days.

But, what is perfection?

It’s the opposite of imperfection.

And in the western world, that’s unacceptable.

We push ourselves toward work and things that make us proud, and away from those that breed shame. But waiting for your creative muse to continually spark sublime and faultless efforts, means you’ll never be satisfied.

Or feel worthy of the title creative.

And your work will never be finished.

But then, neither should it.

The most innovative concepts, features, brands, products and creations are usually born a mess; by inspirationist’s willing to take a chance.

Those creators aren’t held back by trying to make the ultimate. For them, it’s merely a beginning.

As creationists we are constantly forging new paths – fictitious and real – throughout our lives, and given the mathematics of odds that means that often things aren’t perfect.

Sadly, rather than celebrating those imperfections as part of the act of creation, we wrongly name them a failure.

But by doing so, we reach a dead end. We believe we have nowhere to go.

Our wonkiness becomes dark and negative.

Look to the East

As with many Zen wisdoms it’s a practice.

It’s the notion of accepting the slightly imperfect, handmade and handforged; recognising that the wonkiness of asymmetry and irregularity are attributes of beauty.

The aesthetic of wabi sabi is centred on the acceptance of transience. It sometimes describes beauty as that which is “imperfect, impermanent and incomplete.”

Wabi and sabi are two of the key Japanese aesthetic concepts. Their definitions are not exact … but over time, the two have been combined to form a new word, wabi-sabi, meaning an aesthetic sensibility which includes these two related ideas.

Wabi means things that are fresh and simple. It denotes simplicity and quietude, and also incorporates rustic beauty. It includes both that which is made by nature, and that which is made by man. It also can mean an accidental or happenstance element (or perhaps even a small flaw) which gives elegance and uniqueness to the whole, such as the pattern made by a flowing glaze on a ceramic object.

Sabi means things whose beauty stems from age. It refers to the patina of age, and the concept that changes due to use may make an object more beautiful and valuable. This also incorporates an appreciation of the cycles of life, as well as careful, artful mending of damage.

But in no way is wabi sabi an excuse for poor work or not taking care.

That is not what it is about.

It’s about permitting yourself to stop seeing your weaknesses as blemishes. Through it you’ll learn to let go your judgements and learn with each wonky step.

Why? Because in a practical sense, wabi sabi considers imperfections – dents, chips and cracks – as objects of value; they serve a purpose. By adopting the concept you’ll begin to view them as a way to explore, expand and experiment.

Real creators don’t set out to fail; their intension is to learn.

Each hole, mishap and flaw is an opportunity for further inspiration and stretching – to the edges of your map that you’ve not yet explored – to become your own flavour of remarkable and creative.

Wonkiness is your teacher

Remember how you learnt to walk? Slowly; one wonky step at a time.

Creativity is the same. It takes time. Years even.

Each time you take up a pen, pixel, needle, thread, paintbrush or ball of clay, rather than seeing faltering steps or foibles, see beta versions. The change will release you from the prison of faultlessness.

From there, each try will still edge you closer to that elusive mastery – whatever that is for you – and some days you’ll get closer than others.

But perfection is not the ultimate goal; progress is.

Permit yourself to produce your own flavour of wabi sabi brilliance, on your way to the sublime.

By doing so you’ll step into your wonkiness, accept its happenstance lessons along the way, and see beauty in your dents.

Wabi sabi has freed me to write, create and accept irregularities in my work.

Do you think it could free you in a similar way?