Working out past the edges of your map 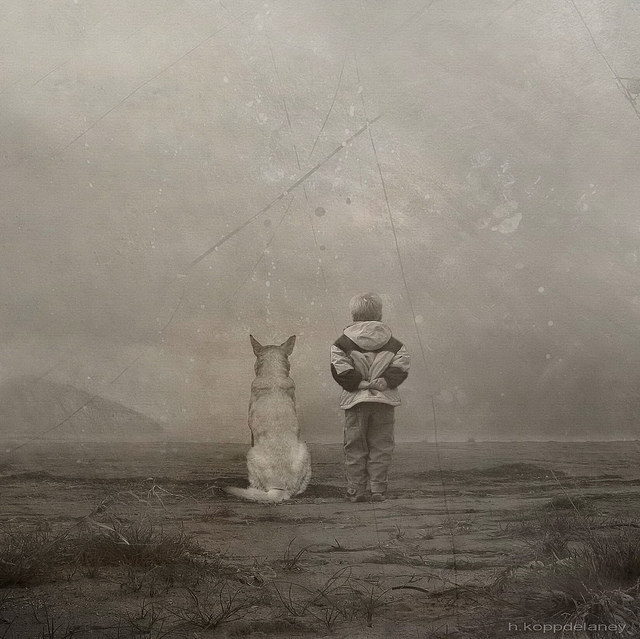 Ever looked out and thought:

I don’t know what’s out there

I can’t see what’s out there

I grew up in a two-storey house in the country. There was a long, winding staircase (under which my sister and I built numerous blanket forts – but that’s another story) that trapped and cast shadows that took on unearthly forms in my imagination.

All the bedrooms were upstairs and being the youngest of four, I went to bed first. Up there, it was dark, cold and scary at night. But what scared me most was what I thought might be up there.

I was never sure.

I’d walk to the edge of the darkness and peer into the nameless. It both titillated and terrified me; the strangeness of The Unknown dwelled just out-of-sight.

In medieval and renaissance times, vast expanses of The Unknown – often at the edges of maps – were populated with mythic creatures.  As unexplored territories, map makers marked them with florid drawings and Latin phrases such as Hic Sunt Dracones (Here Be Dragons) that simultaneously signified danger and allure – of great discoveries yet to be made and treasure lying hidden in a dragon’s cave.

Thankfully science hasn’t really chased all the dragons off the edges of maps.

Because those dragons’ signified more than blank spaces, they really represented the peculiar relationship we have with the thing called The Unknown.

They were a powerful metaphor. For its promise.

Because it’s in that space – on the edge – that great ideas are born.

“The edge gives us a special attitude. Cutting edge, leading edge, bleeding edge, the edge of inspiration, on the edge of our seats. It’s a place to shake off conventions and worn-out formulas, and shake out ideas. New ideas. The edge is exciting and risky and extreme.”

From the middle of the map your view is obscured.

There you’ll view (and live) the middle, safe ground. But out on the edge, at the fringes, you’ll see different things.

Your view isn’t clouded by the belief that everything great has already been done.

The edge is a world of possibilities. That’s where change happens.

To be part of that, there’ll come a time when you need to go so far out of your certainty that your compass doesn’t work anymore. You’ll be so far out that up ceases to be up (Pirates of the Caribbean: At Worlds End anyone) and right can often seem wrong.

But don’t be fooled.

When you’re in those situations, keep going.

There will be no bridges to safely cross the chasm. You’ll need to leap (remember Indiana Jones: The Last Crusade) on faith alone.

Only your imagination can make it across those gaps.

“… every door, every unmarked place on the map, is also a dare. It means the territory is unexplored—sometimes dangerous or painful– but also a challenge. It’s why so many want to see the Antarctic, or space, but so few actually do it, because you don’t know what you’ll find there. It both frightens and compels you, even though there could be anything, even death.

But there’s a secret here, too: getting lost is not fatal. Almost every time, it will make your world bigger.”

The Unknown inspires us with awe and wonder, fills our childhood dreams, nightmares and aspirations.

And if you’re brave enough to face it, live and breathe its mystery and promise, you’ll discover treasures beyond your imagination.

The power of the edge will scar and teach you.

And your outlook will change forever.

What’s on the edge of your map?

Isn’t it time to look?  Are there places you’re unsure of out there? What will be your new discovery this year?