From the Summerland: What’s in a word? 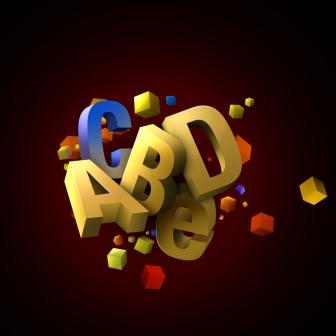 Flicking through my older posts on the site, I realised I’d covered some deep ground in the early days.

So I’ve decided to occasionally repost some hits from the past;  here’s the first from the vault for you to enjoy in its afterlife …

What’s exactly in a word?

Words can carry powerful messages, weave spells, cast a shadow over your day or bring you joy. Whether it’s in our own thoughts, spoken or written, words have the power to transform the world we live in.

But how can something so simple – just made of letters really – be so powerful?

Even the sound of words can have an impact. Think of the sound of a mantra, repeated over and over; the cadence of a chant, with its omnipotent strength and depth; or the rhythm of a hymn, sung in exaltation and echoed around the chambers of a church.

Word interpretation and use

The use of words has become deeply entrenched in human culture. Apart from being used to communicate and share information they also have social and cultural uses, such as signifying group identity, social stratification and for social grooming and entertainment.

Let’s take the differing interpretations and uses over the ages of the power of words. For centuries many believed that those who could read, write and tell stories were of greater import. Literacy was kept to the very rich and powerful. As the saying goes, knowledge is power.

In the Christian gospels the words were passed on and then recorded as, “In the beginning was the Word, and the Word was with God, and the Word was God.”  Only the priests, scribes and later the missionaries possessed the ability and power to write the message of God or speak directly with him.

The omnipotence of words

So what’s in words that make them so special?

Wikipedia sources say that, ‘word’ history can be entwined with philosophy:

“Philosophers have found words objects of fascination since at least the 5th century BC, with the foundation of the ‘philosophy of language’. Plato analysed words in terms of their origins and the sounds making them up, concluding that there was some connection between sound and meaning, though words change a great deal over time.”

I believe that words carry energy. That they have the power to transform. Given my tendency to believe in the power of story, metaphor and symbols, I can clearly see this to be a ‘more than possible’ explanation of what’s in a word.  However, this particular school of thought (which by the way has transmuted centuries across different belief systems), would be considered by some as fairly metaphysical in character.

The same belief put another way, is that words carry the energy to do work. Good work, even great work often. But also it can be bad work if the words are used thoughtlessly. So exactly what that work is, is open to interpretation…once again, of the word ‘work’  itself.

However, if you accept the premise that words can do work, then you should think before you speak and remember what you say. That’s because even in everyday life words have the power to create change, good and bad. What you are thinking, you are becoming.

There’s an Ancient Egyptian concept of Ma’Kheru, the Word of Truth. This concept tells that if your word in everyday life was the ‘Word of Truth’ –  meaning you could be relied on to keep your word and to avoid untruth – then your words would carry the force of truth, and what you say would come to pass. Taking that a step further, it means ‘say what you mean and mean what you say‘. Therefore, you should avoid malice and unkindness. And if that means saying nothing, then keep silent.

Fast forward several centuries to medieval times, this same concept was called ‘custody of the lips’. Then transport to another belief system, where in Buddhism it is one of the Five Precepts and falls under the category of Mindfulness.

Given this, are words then just the communication of thoughts and feelings through a system of signals? Or instead, using things such as voice sounds, gestures or written symbols, have they transformed themselves (as they have us) over time?

If that’s the case … then the energy to do work belief really may be true.