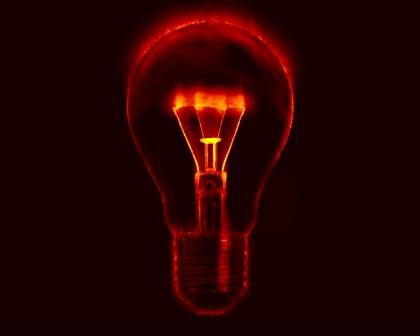 But who ultimately decides their success and what’s the progression from unknown to becoming ‘it’?

Some people would say that Mark Zuckerberg, the guy who started Facebook from his college dorm room, was lucky. He came up with a unique idea at the right time.

But looking back it wasn’t recognised immediately for its brilliance and potential, nor was it accepted by those outside its circle of influence. It was gradually adopted as the surrounding groundswell turned it from an ‘unlikely to be anything more than a college thing’ to a worldwide phenomenon (and yes, it now seems such an obvious idea).

Although some still say that it was right idea, right time – and others will argue it took a large amount of hard work.

I think it’s not clear either way. I think it has more to do with human nature and how we now tend to market to each other, rather than be marketed at by companies and brands.

Word-of-mouth isn’t new. It’s just different now. There were always ideas that spread like wildfire from person-to-person, or did a slow creep (seemingly by stealth). But without doubt in this post mass-marketing age, the most successful ideas are those that spread and grow because of a customer’s relationship to other customers.

Malcolm Gladwell, a staff writer for New Yorker Magazine, in his best-selling book The Tipping Point, writes a fascinating study of human behaviour patterns, and shows us how the smallest things can trigger an epidemic of change.

The thrust of the book is that there are three things that can converge to bring about dramatic and perhaps unexpectedly fast changes in our society. They are the context (the situational environment – especially when it’s near the balance or ‘tipping point’), the idea, and the people involved.

Seth Godin similarly called it an IdeaVirus in his book of the same name. He said that “An idea that just sits there is worthless. But an idea that moves and grows and infects everyone it touches… that’s an ideavirus.”

Having pondered this chicken-and-egg thought, I’ve named what I believe to be the three phases of acceptance of a brilliant idea.

Each phase is distinct, but varies in length and depth depending on the idea, the market context and the relationships between customers, who are spreading the idea between each other.

Definition: 1. Something revealed, especially a dramatic disclosure of something not previously known or realised. 2. The act or process of disclosing something previously secret or obscure, esp something true

This is the private phase.

This is when the idea is revealed to (or rather found by) the select few mavericks and searchers.

Searchers are constantly on the lookout for new ways, ideas and methods – to be ahead of the pack.

Classically called the ‘early adopters’, they are the figurative opinion leaders, artists, philosophers and geniuses of today who are the first, solo voices of new things.

Definition: 1. The act or an instance of resisting or the capacity to resist. 2. A force that tends to oppose or retard motion.

This is the most difficult phase.

It’s where there is outrage, high comment and debate about the worth and future of the idea – its efficacy, efficiency and elitism – who should use it, should it be widespread, sheltered and does it have a place. Or is it ultimately useless? All this and more is debated.

Definition: 1. A cause, principle, or activity pursued with zeal or conscientious devotion.

This is the egalitarian phase.

The idea becomes utilitarian to the masses. It becomes the accepted norm, behaviour and item for all to possess or participate. Because everyone else is doing it, the masses follow because its now become mainstream, accepted, safe and approved.

This phase is full of extensions , improvements, modifications, tweaks and repeated iterations, all designed to extend the life of its worshipers fascination with the idea.

However, very occasionally (being the exception with such ‘engineered’ launches now) an idea or product skips the Revelation phase and somehow, casts a spell on another phase or slice of the acceptance pie.

By way of example, think the Harry Potter book series, which wasn’t ‘discovered’ by the early adopters. Instead it seemed to skip them (perhaps by stealth and magic) and organically grew until about the third book in the series, when it suddenly ‘appeared.’

Ultimately though the quality of the idea (what Malcolm Gladwell called ‘stickiness’) and the size of the group reached and the influence of the key group, can trigger an epidemic (Seth Godin’s virus) of change in society…. think Facebook.

Ideas are worthless by themselves. They need people to spread them.